A journey to the volcanoes world from the interior of a volcano. This is what the new volcanoes, science, and society benchmark centre, Espai Cràter, offers to the public.

Located in Olot, inside the Puig del Roser volcano, the new building offers a fully interactive exhibition, created by Indissoluble and designed for all ages, that goes from the origin of the universe to the present, explaining the volcanoes of the Garrotxa and the rest of the world.

The different exhibition areas are arranged in several large steel structures with prismatic shapes that evoke the basaltic columns like the ones we find in Castellfollit de la Roca. These structures contain several exhibiting elements, such as screens, graphics, models, interactive games, or projections.

Each structure corresponds to one of the exhibition areas: the Earth, the volcanoes, volcanic materials, the study of volcanoes, environmental movements, landscape richness, and the relation between human activity and the territory.

At the centre of the room, we find a 15 m² model of a fragment of the Garrotxa at a 1:6000 scale, produced with 3D printing. Over this surface, a video mapping narrates the evolution of the territory from 80 million years ago to the present, from a geological, biological, and social point of view.

One of the walls inside the room disappears to show a large gravel wall slope that shows the entrails of the Puig del Roser volcano. Over this gravel, a video emulating the volcano’s formation is projected.

Visitors’ experience begins with an immersive video that transports them to the depths of Puig del Roser volcano and ends with another immersive video where they can live an eruption as if they were inside a volcanic magma chamber.

Along with the visit, users can check what they learned and understood from the exhibition, by playing a question and answer game offered by four totems placed inside the room. 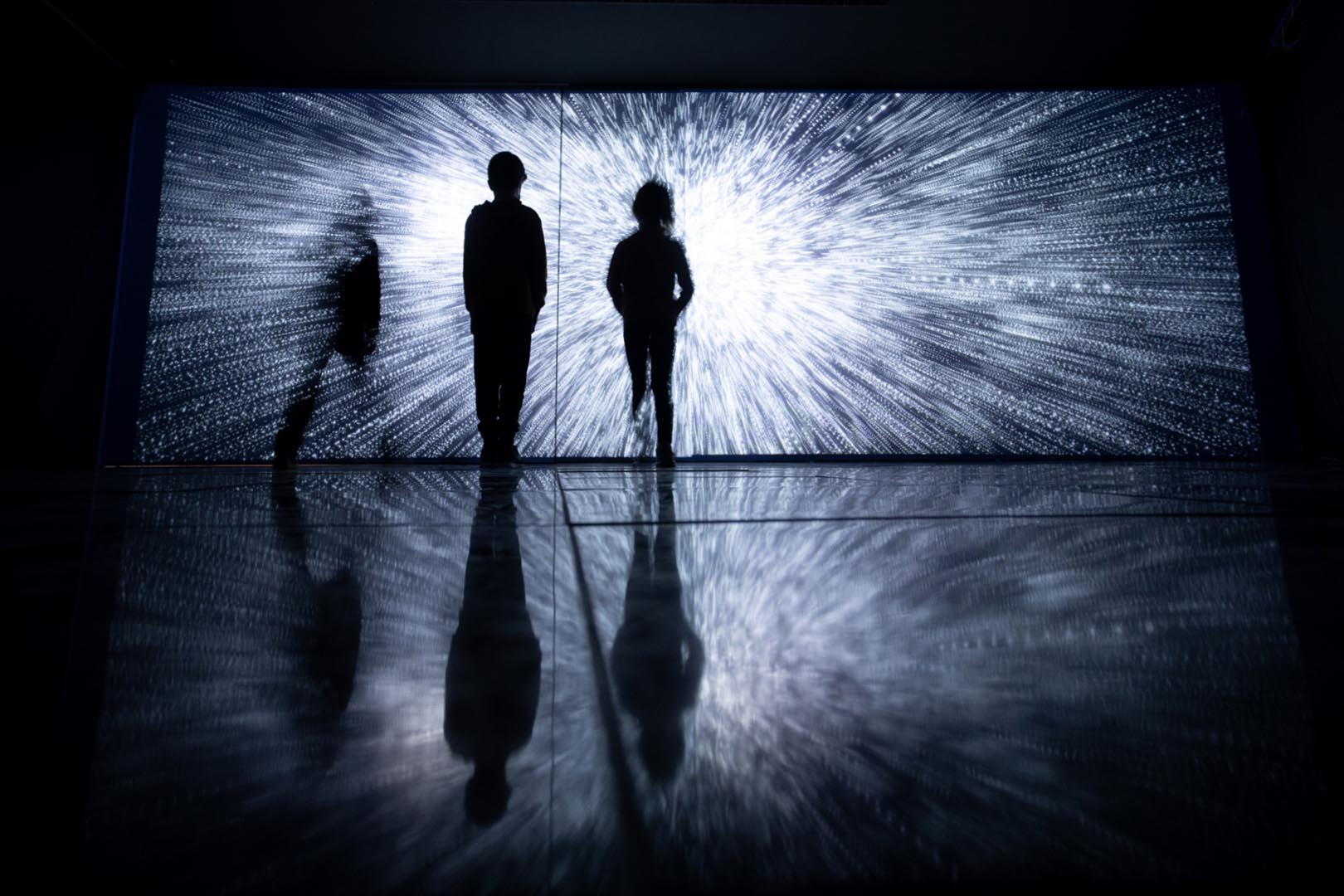 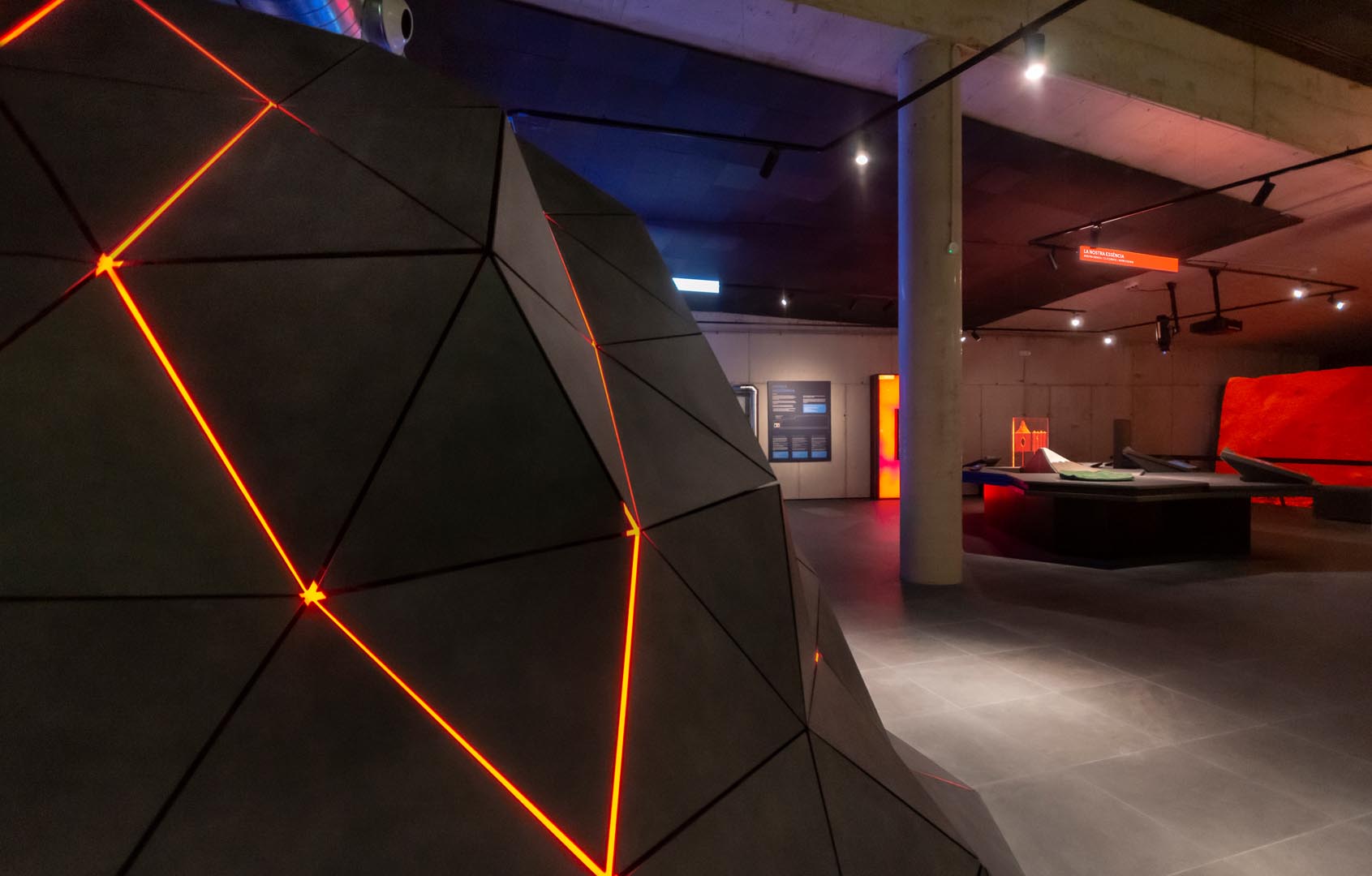 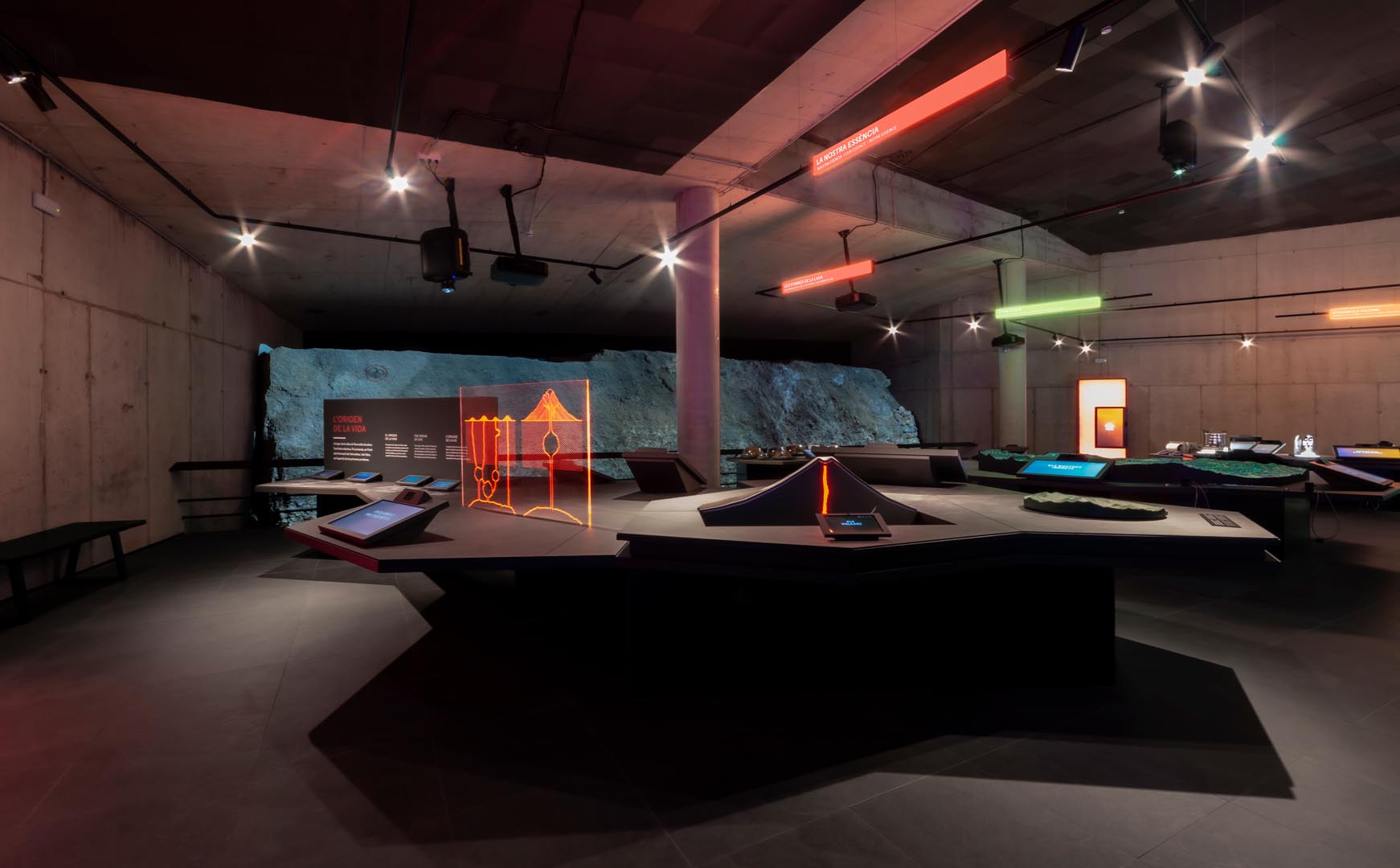 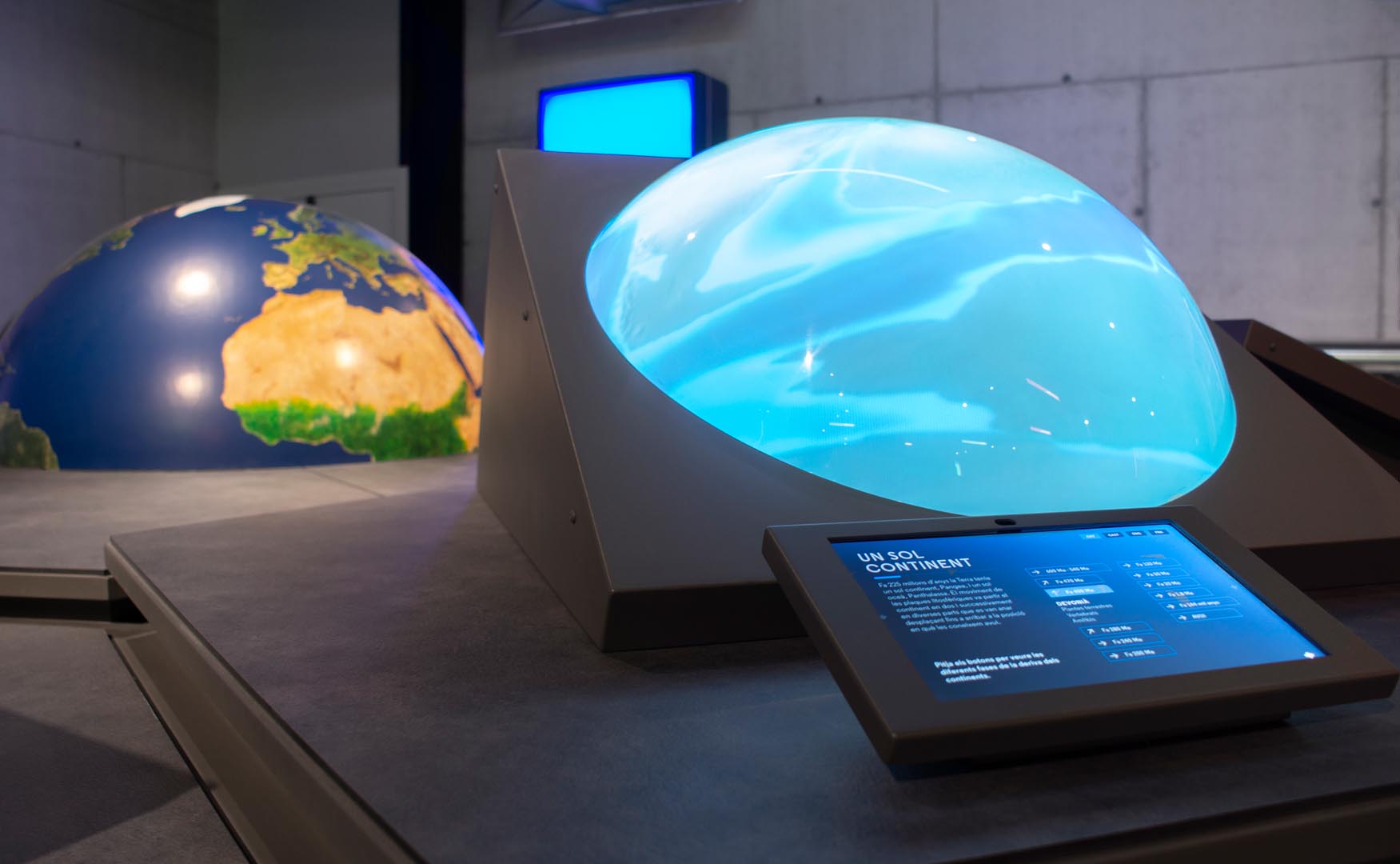 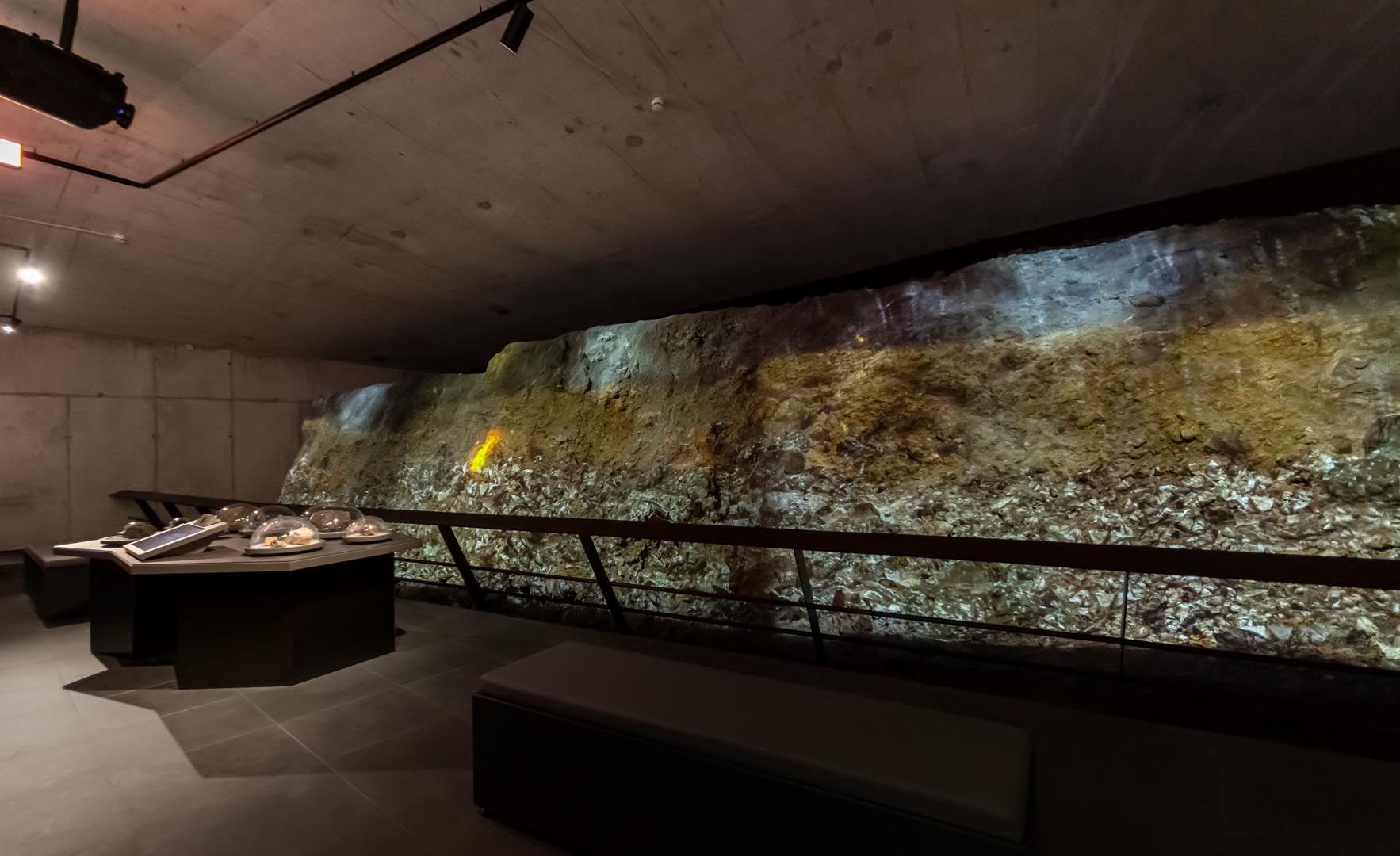 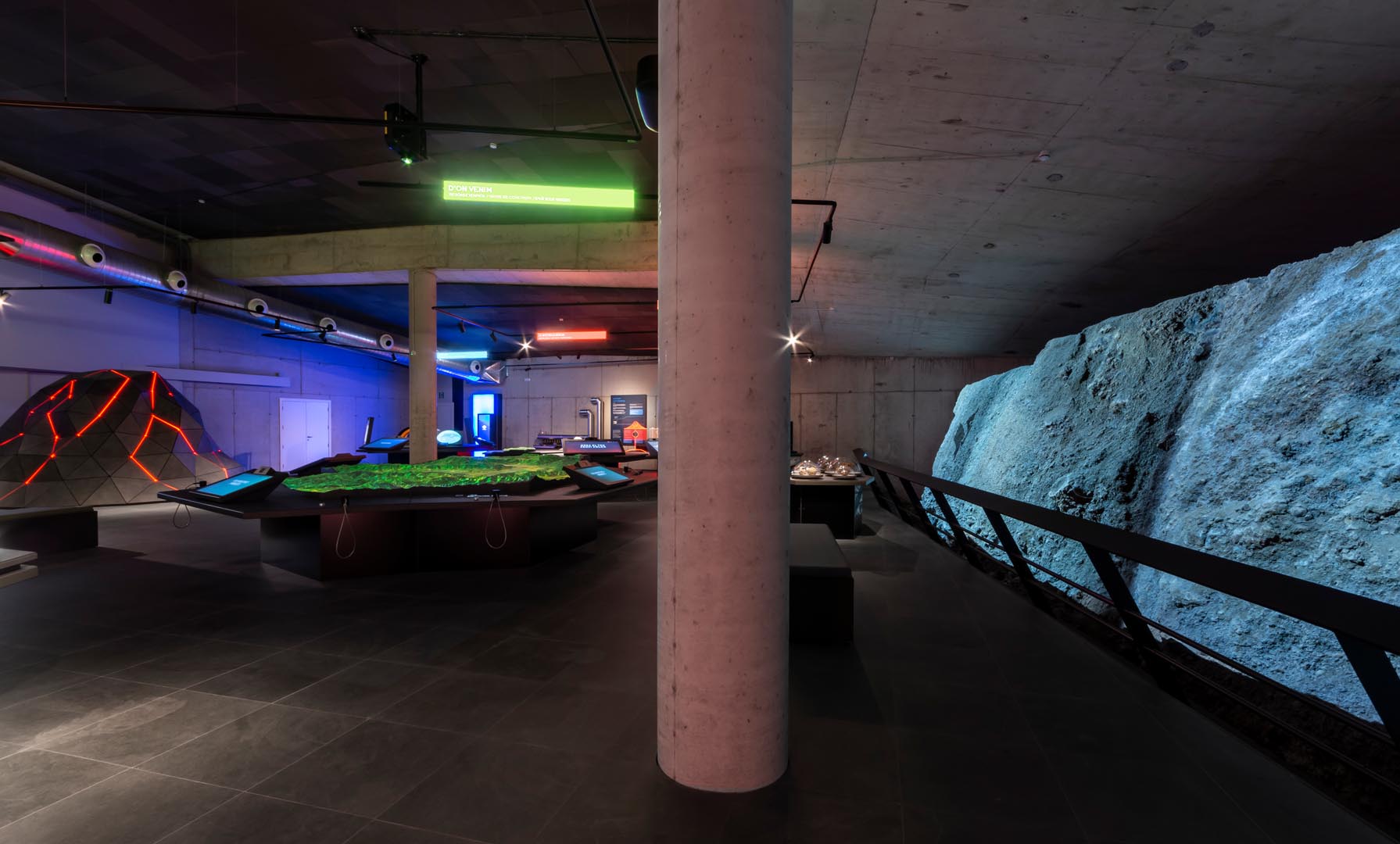 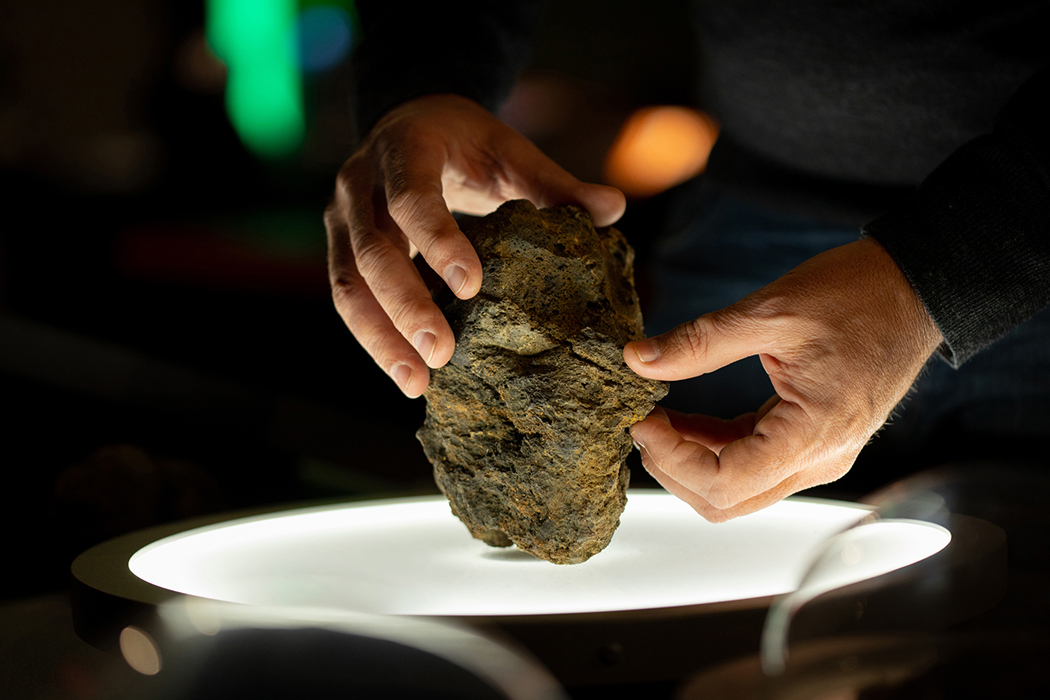 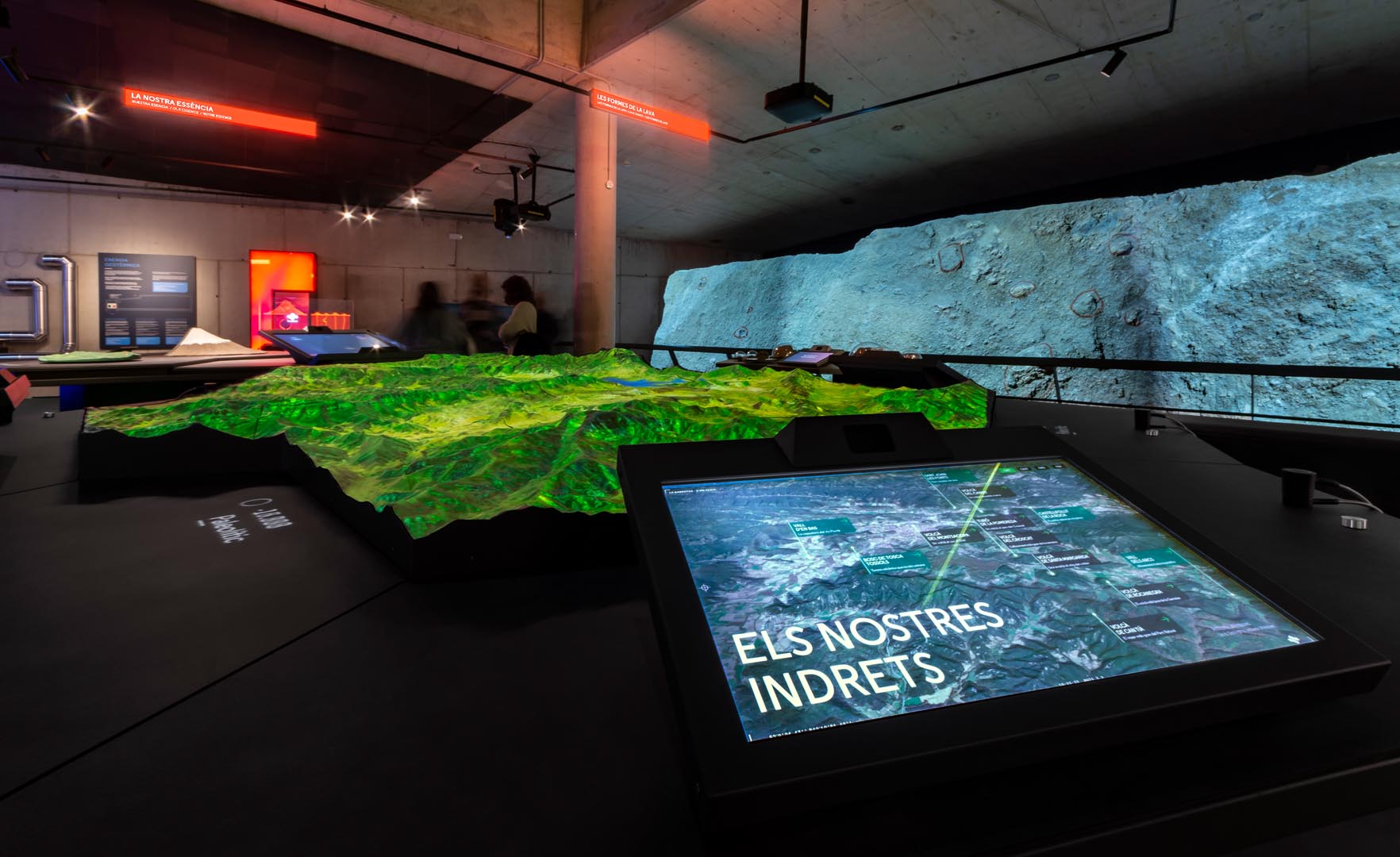 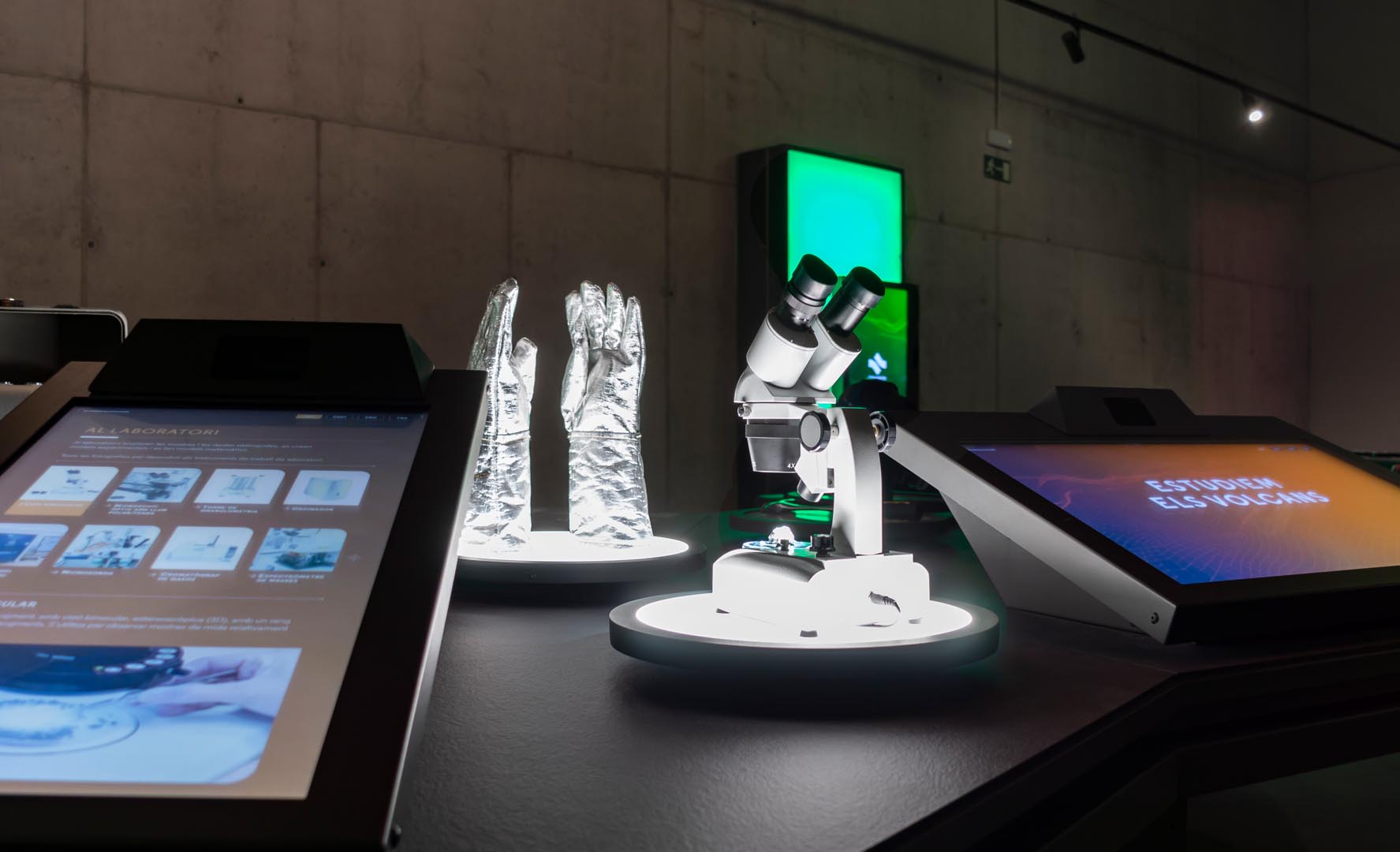 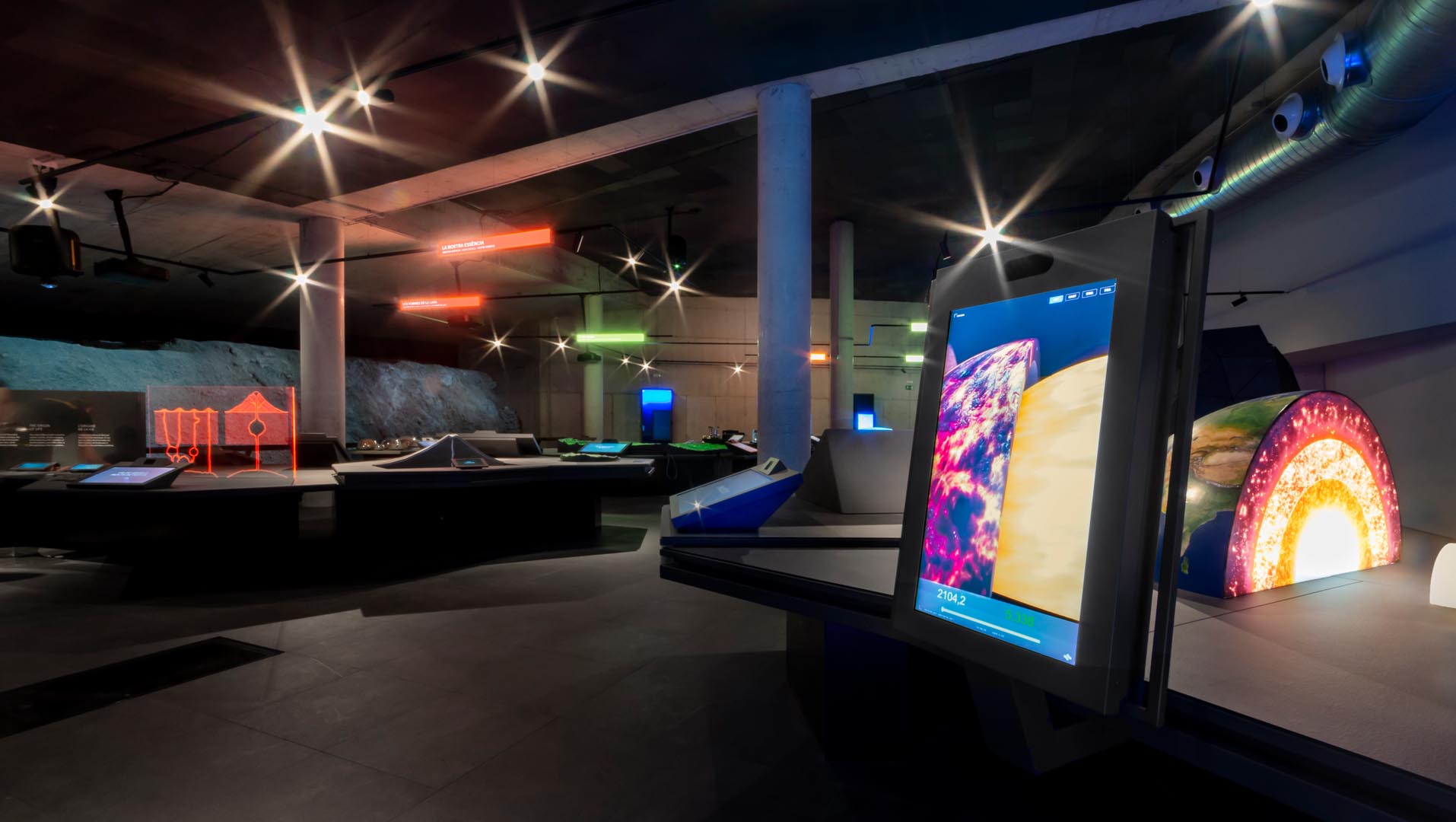